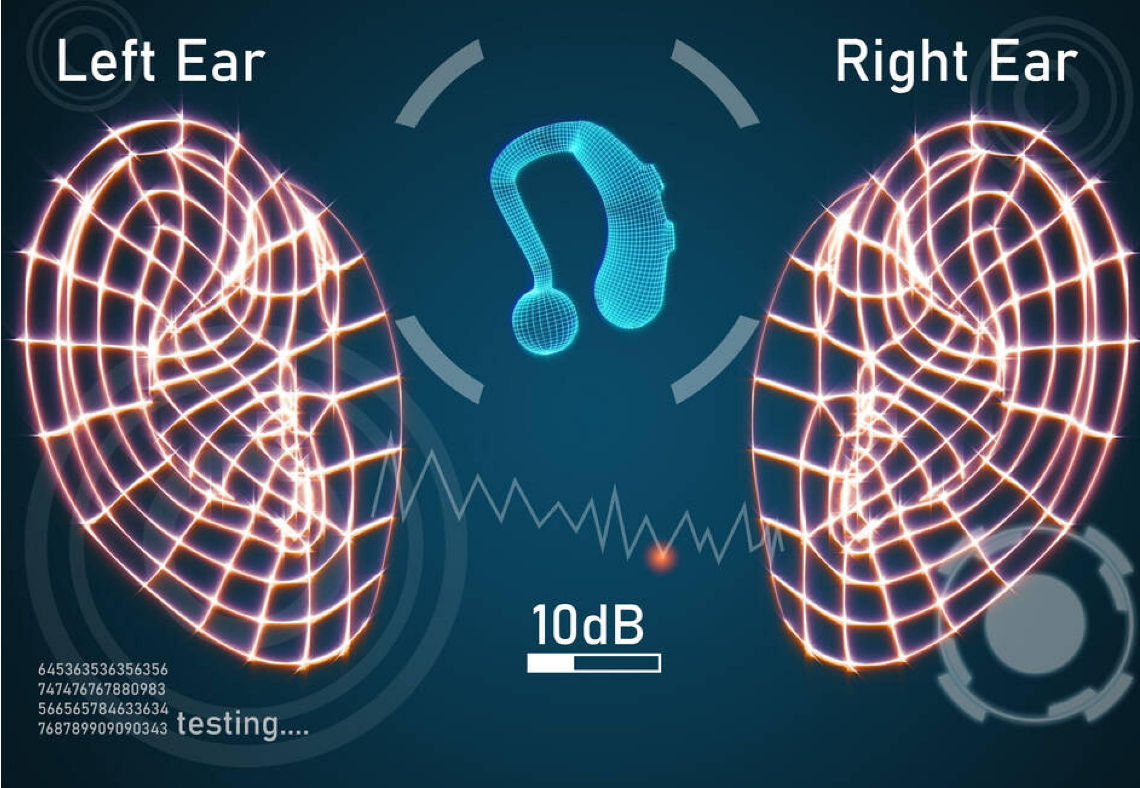 Humans typically hear sounds through their ears. Bone conduction bypasses the eardrums and vibrations from sound are transmitted through the bones of the head and jaw directly to the cochlea (inner ear). Bone conduction headphones and hearing aids work in this manner helping individuals with damaged eardrums to hear by transmitting sounds through the bones, bypassing the eardrums entirely. Beethoven used a primitive form of this technology when he started going deaf way back in the 1800s by placing a stick on his piano and clenching it in his jaws. The vibrations from the piano were transferred from his jaw to his inner ear allowing him to hear.

Bone conduction testing can indicate abnormal middle ear functionality as the inner ear is stimulated identically with air and bone conduction. Patients with conductive or mixed hearing loss are likely to show differences between their air and bone conduction audiometric thresholds. This is known as an Air-Bone Gap (ABG). Accurate and reliable ABG readings can be obtained via a computer-based audiometer which ensures that the individual receives the medical attention they need preventing inappropriate diagnoses, treatment, or further complications.

Placement of the bone conductor oscillator during testing

Forehead placement requires 10dB more force to reach the threshold when compared to mastoid placement which is why many audiologists favor mastoid placement. However, as technology has progressed, so have hearing screen equipment and audiometers negating this issue.

Advantages of forehead placement of the bone oscillator with the KUDUwave

The KUDUwave Pro TMP is designed to allow you to improve the quality of patient care while doing away with the necessity of a bulky sound booth.  Click here to learn more about the features and capabilities of the KUDUwave Pro TMP.

We use cookies on our website to give you the most relevant experience by remembering your preferences and repeat visits. By continuing to use the website and/or clicking “Accept”, you consent to the use of ALL the cookies.
Do not sell my personal information.
Cookie SettingsAccept
Manage consent

This website uses cookies to improve your experience while you navigate through the website. Out of these, the cookies that are categorized as necessary are stored on your browser as they are essential for the working of basic functionalities of the website. We also use third-party cookies that help us analyze and understand how you use this website. These cookies will be stored in your browser only with your consent. You also have the option to opt-out of these cookies. But opting out of some of these cookies may affect your browsing experience.
Necessary Always Enabled
Necessary cookies are absolutely essential for the website to function properly. These cookies ensure basic functionalities and security features of the website, anonymously.
Functional
Functional cookies help to perform certain functionalities like sharing the content of the website on social media platforms, collect feedbacks, and other third-party features.
Performance
Performance cookies are used to understand and analyze the key performance indexes of the website which helps in delivering a better user experience for the visitors.
Analytics
Analytical cookies are used to understand how visitors interact with the website. These cookies help provide information on metrics the number of visitors, bounce rate, traffic source, etc.
Advertisement
Advertisement cookies are used to provide visitors with relevant ads and marketing campaigns. These cookies track visitors across websites and collect information to provide customized ads.
Others
Other uncategorized cookies are those that are being analyzed and have not been classified into a category as yet.
SAVE & ACCEPT